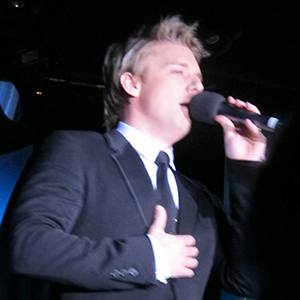 OK, enough about what sort of profession you should chose. You have seventeen years, eight months and two days to decide that.

Yesterday, Papa and I sailed to the Canary Islands, which are properties of Spain. These are volcanic islands and some legends say they may be remnants of the lost continent of Atlantis. Henry, Atlantis was an advanced civilization that sunk under the sea, sort of like Red Hook.

Papa and I decided to take a hike around one of these volcanoes to see for ourselves. Our tour bus drove us almost two hours up winding mountainous roads until we reached our destination – the start of our trek through the volcano. We had a local guide. Her name was Lola and Lola had an assistant, the ship’s magician Francis. Francis was a tanned and muscular Californian with a bright, white smile. As Papa remarked, “Whatever Lola wants, Lola gets.”

We were a small group, maybe twenty brave souls, who dared to take this three hour hike. Our dinner companions, Alicia and John, were there, as well as the Australians we joined in the Trivial Pursuit game one afternoon. The Japanese family, led by the Dragon Lady (The Japanese Joumana, as I like to call her due to her large pink lips) brought up the rear. They had to be continually nagged by Francis to keep moving as they were constantly stopping to pose for pictures. Dragon Lady’s designer boots were not appropriate for hiking, let alone walking, and her constant interruption of Lola’s commentaries to direct her fashionably dressed family members into poses, was annoying at best. But, Henry, as I told you in my last letters, exploration can be difficult.

Anyway, we trudged on, surveying many beautiful rock formations and old and even older lava flows. Lola explained many things to us in her enthusiastic Spanglish and we nodded with appreciation and incomprehension. After a couple of hours, we sat down on some rather rough lava rocks to rest. Lola had decided up front that we would eat our box lunches when we returned to the bus. (I suppose if we had understood what we were agreeing to we may not have nodded like a bunch of sheep.) Anyway, we were all pretty hungry after the long bus ride up and the hike.

I sat on the rock and leaned back on my hand and tried not to think about food. Suddenly I felt a little nibbling on my finger. Actually it was little biting. I looked down and there was this lizard chomping away at my fingernail. I looked around the rock and started to notice many more lizards coming at me. I was about to be devoured! I stood up and called to Lola, “The lizards are attacking me.”

Lola said something I couldn’t understand but got us all moving again. Later, as we ate our box lunch on the bus , I kept looking around to see if any of the creepy little lizards had climbed aboard on our clothes. I have a rule, Henry, one or two insects or wild creatures is allowed to run around me but once they come out in numbers like that, I draw the line! What was God thinking?
That evening Papa and I have a lovely dinner at one of the specialty restaurants, Prego. We tried some of their homemade gnocchi and decided ours wasn’t too bad. We have lots of picture of food from the ship because each meal is a masterpiece. Not only does it taste wonderful but it looks amazing.

After dinner we went to hear a tenor perform in one of the night clubs on ships. He performed “O Solo Mio” and “Volare” and a few arias. He compared himself to Pavarotti and Maria Lanzo. Ask your mother if she remembers Dr. Science performing at the Festival of the Arts and you will get a better idea of this guy. Anyway, right in the middle of one of these Italian love songs, the guy jumped off the stage, came crashing down our aisle, knelt at my feet and grabbed my hand in his. He performed the rest of the number while peering intently into my eyes. Oh, did I mention the spotlight they shone on the two of us? Henry, I enjoyed this moment as much as your mother enjoyed Dr. Science singing “Go Away Little Girl” to her.

Now I was sure of one thing. A lizard had climbed aboard when we docked at Tenerife.