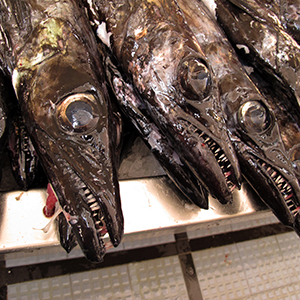 I understand the thought of navigation and exploration had you quite excited the other night but remember, it’s not quite as glamorous as it’s made out to be, what with the scurvy and rickets and scalpings and all. So I thought you might be interested in another line of work. No pressure, just something to think about while you’re kicking around in that bouncy chair of yours.

Friday, we visited the town of Funchal, Madiera, which is actually an island that is part of Portugal. So don’t worry, there are plenty statues of your namesake Henry the Navigator around.

Being an island and all, it is surrounded by water and the water is teeming with fish. The fish come in all shapes and sizes and are absolutely remarkable to look at and even more remarkable to eat. I am sure your father will show you many ways to prepare fish so you may consider becoming a chef. But today I would like to introduce you to a different occupation related to fish. In Funchal, we encountered some of the most amazing fisherman/ fishmongers we have ever seen.

You can see in the pictures we are sending they have caught a vast array of ferocious-looking fish. I hope the teeth on those black ones don’t keep you up at night. These men have arranged the fish on marble tables in a huge hall where people have come to purchase them. The men scale the fish and slice them to order.

But the most amazing thing about this fish market is this, Henry. If you stood in the center of this market and closed your eyes, much to the approval of my mother and Julia Child, you would have had no idea you were in a fish market. There was no odor whatsoever. Now this fact would probably make your big sister Lily very crabby because you know how much she loves to smell things. But for the fish-loving humans like us, it means only one thing. These were the freshest fish we had ever encountered!

So little buddy, don’t judge all fish mongers by those guys in the markets of Brooklyn. They have not caught those fish they are selling themselves any more than Henry the Navigator navigated anything more than a thirty-room palace in Portugal.

But you can be sure of this. There are some brave and true men who really are what they appear to be. These, Henry, are worthy of your admiration and emulation.