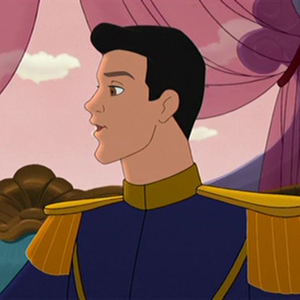 Long ago, in the small country of Slovakia, there lived a young prince named Nik. One day, Nik’s father, King Harry XXXIX (Due to a somewhat messy political situation, Slovakian kings tended to have short reigns) called Prince Nik into his chambers.

Now Nik was happy about this because he was secretly in love with a beautiful maiden named Jackie. Jackie was a most uncommon commoner. He knew his father would love her almost as much (but in a different way, of course) as he did.

“Oh Father, I am glad you have said this because I want to marry the maiden Jackie whom I am sure you will love as much as I do (but in a different way, of course,)” said Prince Nik.

“Son, you must marry Princess Hilda of Hungary so we can form an alliance with their country. I am sure you will learn to love Hilda, as I understand there is a lot to love,” said the king.

Now Hilda was a rather corpulent creature who would never fit in Nik’s lederhosen. It was rumored that an entire Joann Fabrics depleted its stock of fabric supplying the material to make one of Hilda’s dirndl dresses.

Well, Nik was very upset by this news but, being a good prince, he knew he must obey his father’s wishes. So he headed off to tell his beloved Jackie the news. He was quite reluctant to do so because Jackie, being a very uncommon commoner, might react in a most unexpected manner as she was known to do.

“Jackie, my love,” began the prince,” I hope you can forgive me.”

“Well I admit those pea green lederhosen you are wearing are not very flattering. But of course I forgive you,” said Jackie.

“That’s not what I need your forgiveness for,” said the prince, “But I will try to resist trendy fashions in the future,”

“What is it then?” asked Jackie.

“My father has commanded me to marry Hilda of Hungary. We must say goodbye forever,” blurted Nik, not wanting to prolong the pain any further.

When hearing this terrible news, Jackie began to cry. She cried and cried and cried. She cried so much her tears flooded the streets. Several sausage vendors were washed into the Danube. Now this was quite a bonanza for the fish but the poor vendors really didn’t deserve such a fate.

Nik returned to the palace to prepare for his wedding to Hilda. They would be married next Saturday at St. Elephantiasis Church. This very large cathedral was named after the patron saint of Princess Hilda.

Each day, Nik grew more depressed. Luckily for the townspeople, Jackie’s tear ducts had clogged up.

On Thursday, just two days before the wedding, a messenger on horseback arrived at the kingdom.  He asked to speak to King Harry the XXXIX but of course he had been deposed and his brother had ascended the throne. King Harry XL, the previous king’s brother and uncle to Nik, had insisted the marriage go through.

The messenger gave a scroll to the king and, when he opened it, he could not believe the news. It seems Hilda, who was always quite hungry, had mistakenly eaten a bowl of poison mushrooms (a very large bowl as was her preference at most meals.) She had died quite quickly and painlessly. The people of the kingdom were not too upset by the news as Hilda was quite mean and nasty. However, the royal pallbearers were quite alarmed.

Nik traveled to Hungary to attend Hilda’s funeral. It was held in the St. Elephantiasis church on the same day the wedding would have occurred. Nik so convinced the king of his sadness at Hilda’s death (you see Nik was quite a good actor as well) that the king said he would form an alliance with Slovakia despite the lack of royal nuptials.

When Nik got back to Slovakia, King Harry the XLI had ascended the throne. This was another of Nik’s uncles and he was quite pleased with the news Nik brought. He was so pleased, he granted permission for Nik to marry his beloved Jackie.

And, as the saying goes, Prince Nik and Prince Jackie lived happily ever after. Now this was actually quite important because no one wanted Jackie to have another crying jag. There were hardly any sausage vendors left.